Richard Saul Wurman, known for being the founder of the TED Conference discovered information can only be organized in 5 different ways „LATCH“, more commonly known as Wurman’s Law.

As AR imposes multiple new questions on how to design systems, Wurman’s Law will be a helpful orientation. 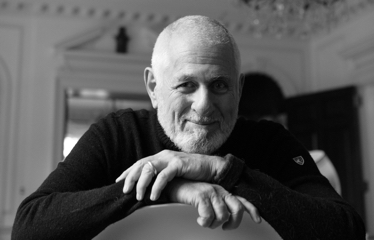 Do not beautify, clarify. Often information is made to look good and pays with clarity. Note how fancy UI aesthetic gets inspired by Sci-Fi movies.. (tbc)

The media formats we know and the way we will consume information in Virtual and Augmented Reality will make a large difference. In order to create an effective medium, Wurman’s law is very helpful when breaking down and rearranging information.

What’s critical to remind: AR displays have a limited resolution. This will affect visibility of small-scale media. Constant user movement needs to be expected and designed for. The available field of view isn’t necessarily free for information display. A resulting limited FOV for substituted virtual information will determine the maximum amount of information able to be placed.

For example, showing a 2000 word essay would require an interface for high readability, therefor information slicing, therfor an interaction method to navigate the whole amount of information (e.g. scrolling). According to LATCH, a 2D Scroll navigation on a 2D canvas would be either a time or location related information display.

Does 3D have more efficiency potential than 2D or is 2D just "an edge case 3D" and actually unbeatable?

Unlike its 2 dimensional brother, spatial design will allow for free location based information design.

It’s quite possible to use the future of a Windows or OSX file management system even more effective than on 2D devices. The reason for assuming the possibility of having superior spatial productivity comes with the additional added dimension. Not to compare for the sake of comparing, but 2D only won until now because of it’s technical simplicity of producing and evolving.

To outcompete existing best practises by adding a spatial dimension to technological applications, development will have to go a very very long way. Before that it’s just going to be worse different.